As I write this Blog, we are in the midst of days between the Feast of Trumpets and the Day of Atonement, called the 10 Days of Awe. This is the time for self-examination, making things right between you and the LORD, as well as with people. In other words––a time of repentance. 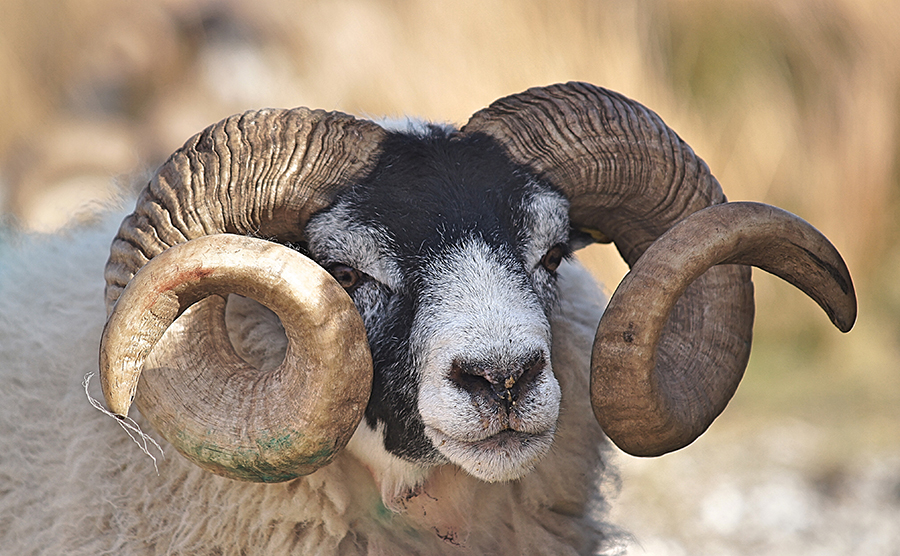 The Feast of Trumpets is the first of the fall feasts, on the first day of the month called Tishrei. This is the seventh-month on the Hebrew calendar and is commonly called Rosh Hashana, the head of the year, which is the beginning of the civil New Year 5780. In Jewish writings, this is the day of creation, the day Isaac was conceived, the day Abraham put Isaac on the altar to be sacrificed, and the day Moses received the Law on Mount Sinai.

One significant characteristic of this appointed time is the blowing of the shofar, (trumpet) the rams horn. I would like us to look at the first sounding of the trumpet in the Scriptures, which is found in Exodus 19:10-11; 18-20:

“The LORD said to Moses, ‘Go to the people and consecrate them today and tomorrow, and let them wash their garments; and let them be ready for the third day, for on the third day the LORD will come down on Mount Sinai in the sight of all the people.’”

In Exodus 19:10 (quoted above) we see the word consecrate, which is a significant ingredient for preparation. In Hebrew, the word for consecrate is kaw dash; the same root for the word kaw dosh, which means holy. Consecrate means: make clean, purify, dedicate, and most often translated to sanctify. The meaning practically for us is to separate ourselves to God for His purposes to be fulfilled in and through our lives.

“You shall consecrate yourselves therefore and be holy, for I am the LORD your God” (Leviticus 20:7).

“Then Joshua said to the people, ‘Consecrate yourselves, for tomorrow the LORD will do wonders among you’” (Joshua 3:5).

There is a similarity between Joshua 3:5 and what we read in Exodus 19. We know in Exodus the LORD appeared after the people were consecrated, and in Joshua 3:5 the people of Israel crossed over the Jordan River on dry ground. Do you think these events would have occurred had the people not been consecrated? I would say, “ probably not!”

The word consecration appeared in Exodus 19:10, another ingredient in preparation appears in verse 11, and that word is ready––kuwn in Hebrew. The word kuwn appears approximately 200 times in English with a number of translations; one is ready. In Joshua, Chapter 8, we read of the conquest of Ai and Joshua commended his men and said, “but all of you be ready/kuwn.” This significant ingredient of being ready appears in the New Testament as well. In Matthew 24:42-44:

“Therefore be on the alert, for you do not know which day your Lord is coming. But be sure of this, if the head of the house had known at what time of the night the thief was coming, he would have been on the alert and would not have allowed his house to be broken into. For this reason you be ready too; for the Son of Man is coming at an hour when you do not think He will.”

These are the Words of Jesus, who knew the importance of being ready.

“Let us rejoice and be glad and give the glory to Him, for the marriage of the Lamb has come and His bride has made herself ready.” (Revelation 19:7)

The word kuwn is also translated in English with the word establish. The following are examples:

“I have made a covenant with my chosen, I have sworn to David my servant, I will establish your seed forever and build up your throne to all generations.” (Psalm 89:3,4)

“He brought me up out of the pit of destruction, out of the miry clay; and he set my feet upon a rock and established my steps” (Psalm 40:2).

“The steps of a man are established by the LORD and He delights in his way” (Psalm 37:23).

“Establish my footsteps in thy Word and do not let any iniquity have dominion over me” (Psalm 119:133).

“Ponder the path of your feet and let all your ways be established” (Proverbs 4:26).

Another word kuwn is translated into is prepare. We find in I Samuel 7:3 these words:

“Then Samuel spoke to all the house of Israel, saying, ‘if you return to the LORD with all your heart, remove the foreign gods and the Ashtaroth from among you and prepare your hearts to the LORD and serve Him alone; and He will deliver you from the hand of the Philistines.’”

We read in the New Testament an angel of the Lord spoke to Zacharias in Luke 1:17 about the birth of John:

“And it is he who will go as a forerunner before Him in the spirit and power of Elijah, to turn the hearts of the fathers back to the children, and the disobedient to the attitude of the righteous; so as to make ready a people prepared for the Lord.”

These words: ready, establish, prepare, and consecrate are descriptive of how we should walk with God. June and I wish you all Shana Tova/Happy New Year. May you receive these instructions with an open heart and be consecrated, prepared, ready and established in the LORD.