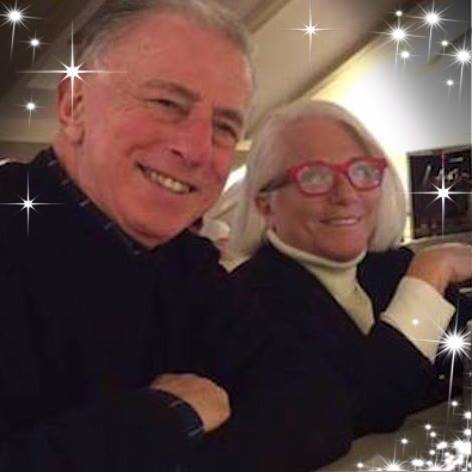 We thought to introduce ourselves to you and welcome you to our updated website. We are Jewish believers in Yeshua––Jesus, saved forty-five-years and married for fifty- five years. We reside in Scottsdale, Arizona.

Shelly Volk was called to serve God in 1976 as an elder of Ben Israel Ministries, with Arthur Katz and Art Beebe. We lived in northern Minnesota for 8 and 1/2 years in the mid-seventies and eighties. Shelly was called to Phoenix, AZ, in 1985 through the founders of Jewish Voice Broadcasts, Louis and Chira Kaplan. Shelly hosted Jewish Voice Broadcasts and preached on TV and radio. He also served as the leader of Phoenix Messianic Congregation of Phoenix, which was founded by JVB.

In 1987 Shelly became Senior Pastor of Calvary Church of the Valley and served the congregation for ten years. He led the two congregations for several years. In 1997 Shelly founded Immanuel Congregation of Phoenix where he served as Senior Pastor. Shelly and June founded ‘For Zion’s Sake’ radio program, which has aired five days a week for over 25 years. Shelly has served the body of Messiah for over thirty-three years as a Pastor. He is of late an itinerant Bible teacher and conference speaker.

Shelly and June have led tours to Israel and for 20 years held yearly Israel Conferences in Phoenix, which brought a deeper understanding of the Scriptures concerning Israel and the Church.

Shelly’s burdens: The Kingdom of God | The Mystery of Israel and the Church | Christ formed in you | The Time of Jacob’s Trouble | The Apostolic Church | Love Not The World | The Salvation of Israel (Rom. 11:26) | Paul’s Gospel |.

June is the authoress of three books:
The God Who Answers By Fire; A Jewish Saga. (2009). [Our journey of faith – His faithfulness]

Drinking from the Wells of Salvation with Study Guide (2014). (Personal Revival – Power of God)

And, newly released:
The Secret Place––A Thirty-One Day Devotional (2019). (Theme used to not deviate nor depart but to be devoted to God and His Word to discover the hidden treasures in the deep)

We have three married children (parents to six), eleven grandchildren (five married,  Nana and Papa to sixteen). Nana and Papa to ten great-grandchildren: Liam, Salem, Cozy, Lyla, Kaiah, Cora, Beckham, Jesse Wells, Ellis William, and Lucy Quinn. We have helped fulfill God’s command to be fruitful and multiply 🙂. They are all such blessings. We love each one and are thankful to the Lord for our precious growing family.

We cannot forget to introduce our forever puppy, Prince! He was a greeter to all our house guests. Prince sat by our side when we recorded, ‘For Zion’s Sake’ and he prayed when we prayed; and Prince sat by June’s side when she writes her books.

On Monday, February 15, 2021 Princie passed away; we surely miss him! We have hope in our hearts to see him again in The World to Come. We thank the Lord for the years of joy and love he brought to us. We received flowers, meals, cards, along with funds that touched our hearts. The flowers beautified our home for over three weeks as alive and sweet smelling as the day they arrived!

We invite you to contact us to be a ministry partner with us in our service to the Lord. We look forward to hearing from you.